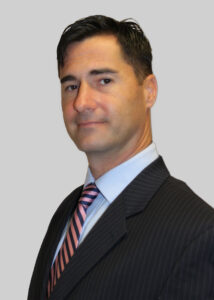 Since its beginning in 1992, the Catholic Foundation of Southwestern Indiana has served parishes, Catholic schools and every ministry across the Diocese of Evansville. Our board of directors represents and serves the four deaneries within the diocese. Board members take great care in leading our efforts of service and oversight to over 700 separate endowments and permanent gifts, which serve and sustain efforts within parishes, Catholic education, social justice initiatives and vocational support.

For over a quarter of a century, our ministry has sought to maintain and build capacity within our diocese to make certain that our children have the opportunities to learn and live their faith. Through the sacrifice, foresight and stewardship of our donors and leadership, I am pleased to say that we currently hold over $70 million in assets that are directed toward the intentions for which they were given – and are tremendously impactful each year.

It is our intention, as the foundation representing all Catholics within our diocese, that during the scope of our new 5-year strategic plan, which goes into effect January 1, 2020, that we will be blessed with the continued partnerships of our brothers and sisters and surpass the $100 million goal set forth by our leadership.

We are grateful to be of service to the Diocese of Evansville, and we are joyous to be able to celebrate during its historic 75th anniversary. A diamond anniversary is a milestone achieved through the efforts of many. And as a way of honoring that service and faithfulness, we continue to be diligent in our efforts to safeguard and grow the assets of your foundation to maintain and build upon a vibrant Catholic culture that is impactful and faithful for generations to come.

As a faith family, we should celebrate this milestone, as it gives an opportunity for reflection against a backdrop of rich history. Let’s celebrate together as one body, with our hearts and minds also eager and ready for the tasks at hand – to build upon our faith tradition into perpetuity.

Todd Brock is the Executive Director of the Catholic Foundation of Southwestern Indiana.