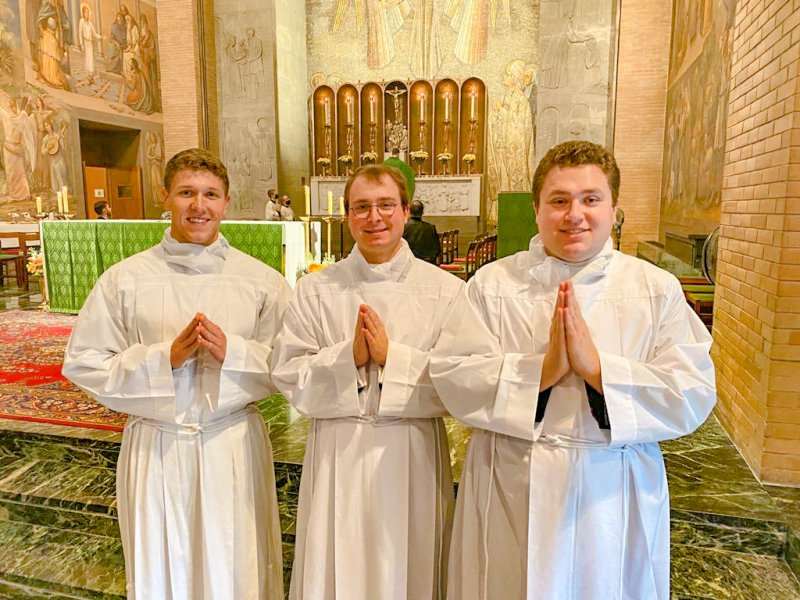 On Jan. 17, His Eminence George Cardinal Pell instituted Diocese of Evansville seminarians Nick Sellers, left, Tyler Underhill and Keith Hart in the Ministry of Lector during a service in the Chapel of the Immaculate Conception at the Pontifical North American College in Rome. The three men are in their first year of theological studies at the American seminary in Rome.