For the Indiana Catholic Conference, the 2021 state legislative session will bring unique challenges due to social distancing – along with a heightened focus on Catholic social teaching as the global COVID-19 pandemic continues to take its toll. 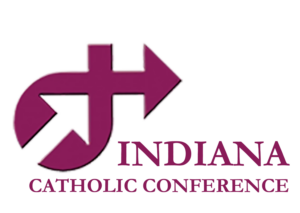 The 122nd Indiana General Assembly opened for business Jan. 4 under new safety protocols and a tighter agenda, with fewer bills expected to be introduced and an overarching goal of crafting and passing the state’s two-year budget. But as COVID-19 persists, ravaging the economy and devastating the most vulnerable, the Catholic Church and other advocates for the poor will double down on their efforts to influence the debate.

“Now more than ever, it’s critically important that we seek the common good and help people who are struggling,” said Angela Espada, executive director of the ICC, the public policy voice of the Catholic Church in Indiana. “We must be in solidarity with those in most need because, in the midst of this pandemic, the needs have never been greater.”

Espada pointed to two longstanding priorities that she expects will come to the forefront for the ICC and its allies this year – restricting the payday-lending industry and modernizing the Temporary Assistance for Needy Families program.

Legislators passed over a long-overdue update of TANF in the 2020 legislative session, to the dismay of the ICC and other advocates for the poor. TANF is a federal program that provides grants to the states for distribution to families in dire economic circumstances. Because of antiquated state guidelines, the $288 maximum monthly payout for a family of three in deep poverty has not been adjusted for inflation since 1988.

“People are needier now, so modernizing this program in Indiana is more important than it has ever been,” Espada said. “With 33 years of inflation, and considering that we are in the midst of an economic downturn and a pandemic, now is the time to make it happen.”

With respect to the payday lending industry, the ICC and its allies have supported past legislative efforts to cap the interest rate and fees that lenders may charge to an annual percentage rate of 36 percent. Currently, some payday-lending institutions in Indiana charge up to 391 percent on the short-term loans that they offer.

“We are very worried about people not being able to make ends meet and turning to payday lending more in these very challenging times,” Espada said.

Other key priorities for the ICC remain constant: promoting respect for life at all stages, as well as protecting religious liberty and choice in education. One pro-life measure that Espada hopes to see back on the legislative agenda would provide reasonable accommodations in the workplace for pregnant employees, from more frequent breaks to exemptions from heavy lifting. Despite a broad base of support that included Indiana Gov. Eric Holcomb, a Senate bill designed to offer such protections stalled in 2020.

As in past years, the ICC will support certain legislation in keeping with Catholic social teaching, while opposing other proposed measures.

This year’s legislative session, however, will be anything but business as usual. Due to the pandemic, social distancing will be the order of the day. Lawmakers will work both at the Statehouse in downtown Indianapolis and in adjoining government buildings.

This will be a long session of the legislature, held every two years and culminating in the passage of the state budget, likely in late April. Redistricting for congressional and state legislative districts also is likely to be a major agenda item, according to Espada.

The 2020 legislative session concluded in early March, just before COVID-19 drastically altered life for Hoosiers and all Americans. Last year’s session also marked the final one with the longtime presence of Glenn Tebbe at the Statehouse. Tebbe had led the ICC for 16 years, advancing many of the Church’s causes in the public arena before his retirement in May.

Now, Espada – an attorney who brought an extensive background in law and higher education leadership to the ICC when she was named executive director last year – will move the organization forward with a new partner. Alexander Mingus, formerly a leader of the St. Vincent de Paul Society of Dayton, Ohio, was recently appointed associate director of the ICC.

In these unprecedented times, Espada and Mingus are devising new ways to reach their various audiences. They recently hosted a series of webinars to educate the public about the ICC and engage the Catholic faithful in policy matters. Mingus has revamped the ICC website and is also launching a weekly podcast to update listeners throughout the 2021 legislative session.

“I believe that the virtual orientation of this session will open avenues of communication with Catholics around the state,” Mingus said. “I look forward to working with Angela and helping to amplify the voice of the Church.”