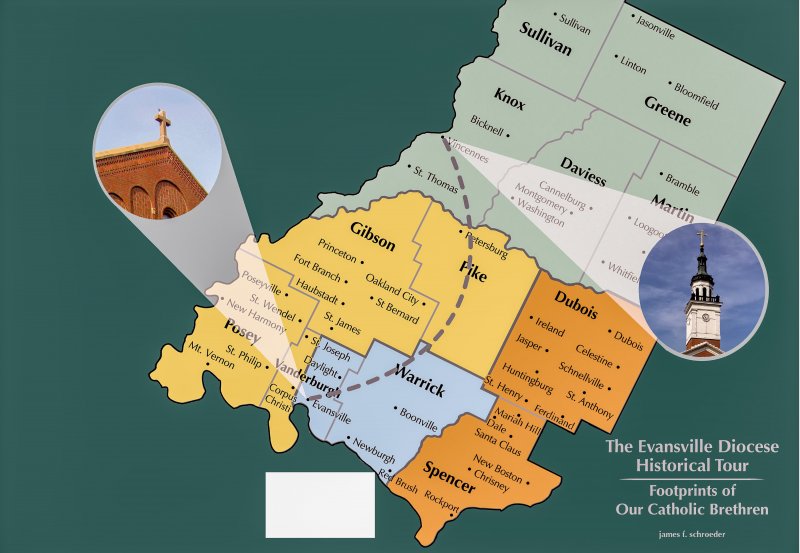 “If your brother sins against you, go and tell him his fault between you and him alone. If he listens to you, you have won over your brother. If he does not listen, take one or two others along with you, so that ‘every fact may be established on the testimony of two or three witnesses’”(Matthew 18:15-16).

Much was alive as we approached the little white church on the hill. Parishioners combed the grounds. Booths were filled with fish, balloons and secondhand clothing. The smells of home-cooked food wafted in the air. On this beautiful, crisp September day, the breeze blew continuously through the rise above the old state highway. Two huge sycamore trees framing the entryway rustled in the wind. Enthusiastic clamor and chatter could be heard everywhere. We had serendipitously arrived on the summer-social day, and the festive atmosphere was already under way. Before our visit would end, we would leave with goldfish (likely short-lived), having settled into an early lunch topped off with the fresh, brilliant red tomatoes of my great-uncle’s patch.

As the merriment continued outside, we stepped into the quiet little country church where Catholics had come for a century before I was born. The soft, rose-colored interior belied the dramatic deep tones of the Stations of the Cross. Behind and above the altar stood a number of saints, including one holding a church in his hand, perhaps the namesake of the church in which we knelt. The Mass began with an a cappella lead from Father Tony Ernest, filling the role of both priest and cantor that day. The sounds and smells from the social seeped in. Somewhere, the creek that ran like a snake continued on.

As the readings ended and the gospel was proclaimed, Father Tony entered the pulpit. In his no-nonsense, unassuming style, he quickly acknowledged the challenge that had been put forth: fraternal correction. God had declared through Ezekiel that, “If I tell the wicked, ‘O wicked one, you shall surely die,’ and you do not speak out to dissuade the wicked from his way, the wicked shall die for his guilt, but I will hold you responsible for his death” (Ezekiel 33:8).

As his sermon continued, Father Tony further delineated his own struggles to uphold this command. He spoke of his desire to avoid confrontation, to keep his worries of others to himself, to allow faith to remain private. And yet, in the passion that rang through his own reluctance, he proclaimed that we are to look out for each other in the pursuit of eternal salvation. “We are called to be watchmen,” he said, while suggesting that most of us would rather remain silent. True love, as spoken by Paul in the second reading, “is the fulfillment of the law” (Romans 13:10). But in essence, I heard Father Tony saying that true love is often tough love, the kind that his grandmother espoused (even when she was wrong) when she felt her family going astray. We are called to watch over others and hope that others will watch out for us.

He ended by asking God for the grace to allow us to fulfill His wishes. I felt a deep sense of gratitude for his timely message that day as I struggled with my own watchful role. In his personage, in his simplicity, in his humble faith, Father Tony and the tiny little parish of Snake Run ran a current through me. As the doors opened and visitors continued to arrive at the social, I was once again reminded that Christianity is first and foremost, as Pope Benedict said, “an encounter with an event, a person, which gives life a new horizon and a decisive direction.”

My encounter that day began with the little parish that stood on this rise since 1877. It continued with the congregation that came together in celebration. The Spirit persisted through the man of Christ who delivered a courageous and unpopular message. It then wove its way to the top of the hill, where the reminders remained of those who gave their lives so that this parish might be. The serpent, it seemed, had gone downstream while the faithful remained.