Complete with a bedazzled dark blue cape, purple mask and gloves adorned with the words: “fly, go, stop,” Holy Rosary School third-grader Stella Raben and her fellow campers battled the “Plagiarizer,” a villain Raben said was out to steal everyone’s ideas unless the students could stop it.

Just a few days after Camp Invention: Supercharged began, Raben had transformed herself into the “Super X-Ray Experimenter” superhero. Raben, 8, was one of 37 Evansville-area children who created a superhero as part of the STEM-focused weeklong summer camp at Corpus Christi School. Kids from many Catholic and public schools entering kindergarten through sixth grades participated in the camp from June 3-7.

This was the sixth year Corpus Christi hosted Camp Invention, which uses a STEM (science, technology, engineering and math) curriculum and aims to develop “curious students into innovative thinkers,” according to camp organizers.

Raben said she soon made new friends and enjoyed many activities, which included inventing a “grabber” to pick up objects without touching a specific area, creating a trademark or patent, and working on advertisements to sell a product.

“My favorite part has been watching superhero shows and creating a costume,” Raben said with a smile.

Camp Director Audrey Folz, who is a Corpus Christi second-grade teacher, said the camp is awesome because it sparks creativity in students and gives them problems to solve in their own way.

“I think it’s a skill that’s super important for kids to be given a task and figure out how to solve a problem,” Folz said. “In the classroom, you can use those skills, too. So this is giving their brains the ability to think outside the box and think of new ways to invent and to solve problems. It’s fantastic. We love it.”

This is the first year Folz served as camp director, but she taught in the past. She said each year has a different theme, and this year’s Supercharged theme offered units on solving world problems, deep sea projects like rebuilding ships, designing remote-control robots, high-tech farming and superhero gadgets.

Eleven-year-old Suhani Jani loves to invent. The soon-to-be sixth grader at Castle North Middle School said she figured out how to put pollution from one plant to another, tested fake DNA and worked on building a robot that could knock down a tower.

The camp gives students a chance to meet new kids and make friends with students who attend other schools, Folz said.

Folz especially enjoyed witnessing the “aha moments” and seeing how excited kids got when they solved a problem.

The biggest lesson Folz wanted students to take away from camp was problem-solving.

“There’s a lot of teamwork,” she said. “There’s a lot of learning how to solve problems in your own way. We don’t give a lot of instruction, we just say here’s your end goal now figure out how to do it. It’s a lot of critical thinking.” 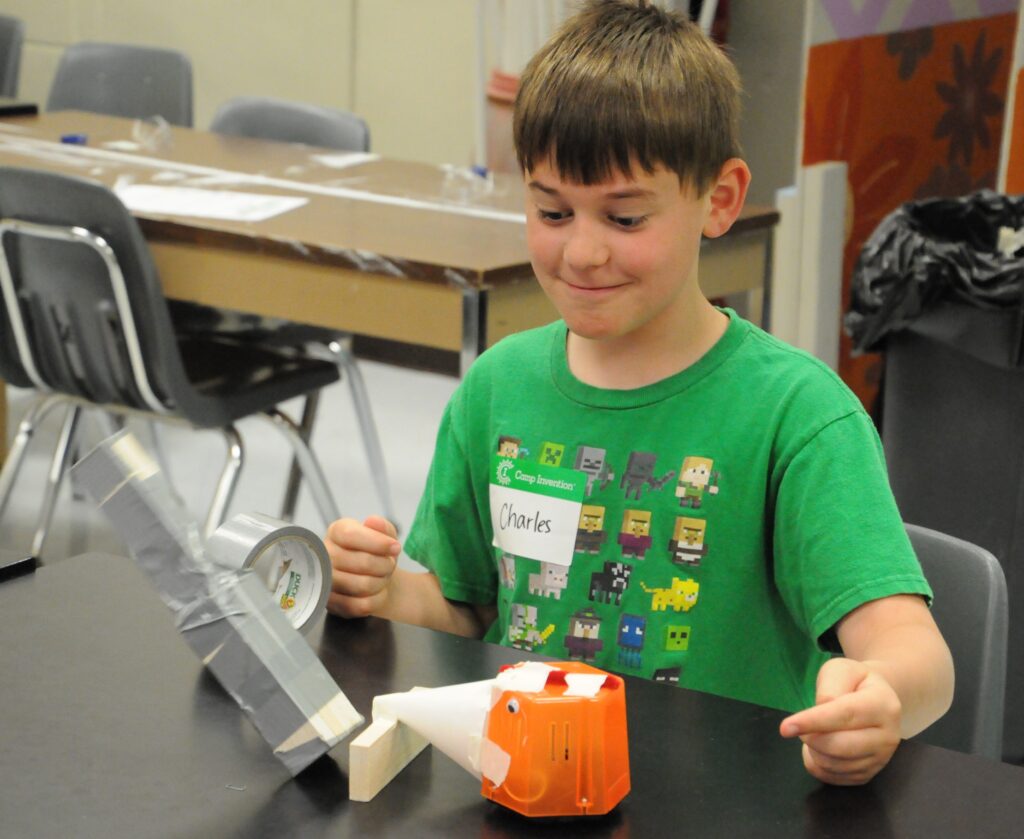 Corpus Christi fourth-grader Charles Baker tests the bulldozer robot he created to see if it will knock over a tower he built. 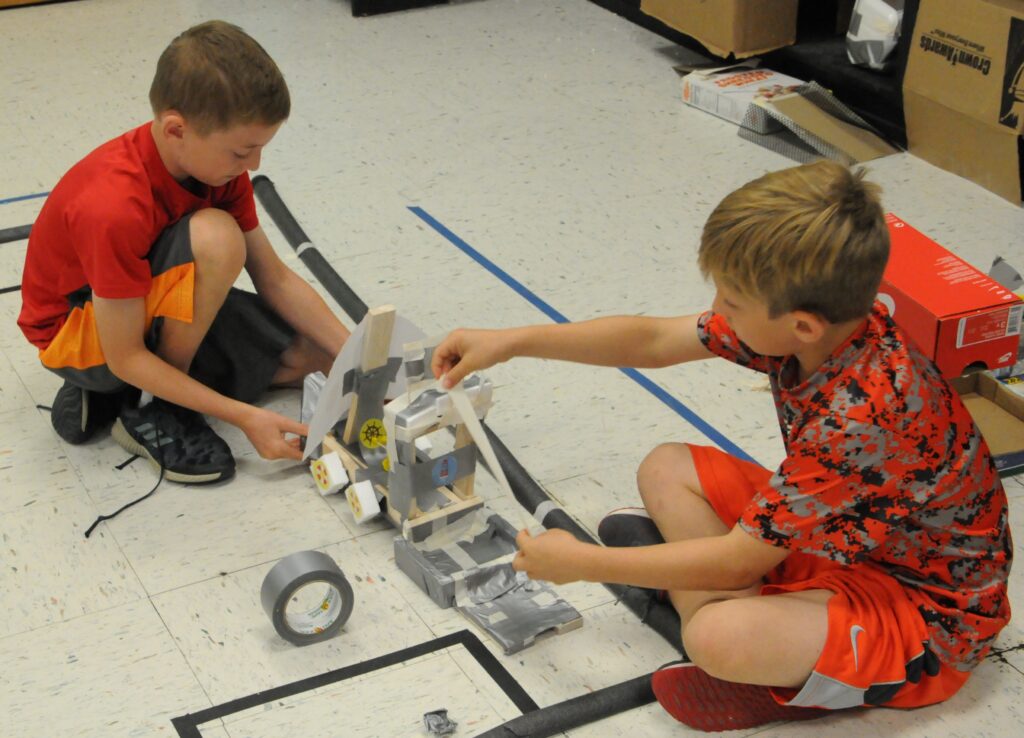