A horde of people packed the lobby at St. Vincent Evansville on Aug. 14 in anticipation of a major announcement with a “special guest.”

Manning described the day as “groundbreaking.” He said the addition of a second Peyton Manning Children’s Hospital in southern Indiana allows the team to provide life-changing medical expertise to more families, train future pediatric healthcare professionals and, “most importantly, continue the healthcare system’s mission to care for the poor and our most vulnerable patients.”

“As a parent myself, I understand the importance of selecting a care provider for your child,” Manning said. “You need a doctor and a care team that listens to you and truly understands the needs of your child and your family. I have seen first-hand the exceptional care provided by our teams throughout the state of Indiana, and I am thrilled for this community to benefit from that care. The pediatricians, the specialists, the staff — they are committed to quality, to innovation and successful outcomes.”

To reduce anxiety and minimize wait times, officials said X-rays and results from lab tests will be given to parents inside the emergency room, which is staffed by nurse practitioners specially-trained in pediatrics, along with board-certified emergency medicine physicians. The team is prepared to care for children with acute, chronic and complex illnesses.

Children treated in the new emergency room will have access to follow-up care by the Peyton Manning Children’s Hospital network of board-certified pediatric subspecialists who treat some of the more acute and complex conditions, and pediatricians who provide primary care for routine health and wellness.

Daughter of Charity Sister Catherine Brown has spent the last 18 months completing resource work and case management at St. Vincent’s Center for Children in Evansville. Sister Catherine said the new emergency room and expansion is a “blessing” because now they can provide better care close to home.

“It gives us so many more resources (that we didn’t have before) to be able to take care of these families and to take care of these kids,” she said. “It’s such a blessing to be able to tell a parent you can come here (instead of driving to Indianapolis). It’s a name and it’s so much more because it’s giving parents and children so many more resources.”

After the news conference, Manning walked over to Daughter of Charity Sister Mary John Tintea and her fellow Daughters of Charity sisters. Grinning from ear-to-ear, Tintea eagerly greeted him.

This wasn’t Sister Mary John’s first time meeting the former NFL quarterback and two-time Super Bowl champion. She recalled when she met Manning around 2004, during her nearly 22 years spent at St. Vincent Indianapolis, where she served as chaplain and worked primarily with patients undergoing cardiac surgery. A fellow Daughters of Charity sister said Sister Mary John was “a bit of an icon” in Indianapolis.

Sister Mary John was voted No. 1 Colts fan more than once; and in 2006, she was named the “greatest football fan in America” by ABC’s “Good Morning America.” As part of the recognition, she was given two tickets to Super Bowl XL in Detroit, and she’s attended more Super Bowl games since.

In Evansville on Aug. 14, Sister Mary John brought a photo of herself with Manning taken around 2004. Manning didn’t hesitate to autograph it for her.

Manning said Indiana will always have a special place in his heart.

In 1998, he was the No. 1 draft pick by the Indianapolis Colts, and, despite a challenging rookie year, he said a “bright spot” that year was when he became part of the St. Vincent team.

“That is a relationship I have cherished since,” Manning said.

The two hospitals are no stranger to collaboration. St. Vincent Evansville and Peyton Manning Children’s Hospital at Ascension St. Vincent have teamed up for years to care for Tri-State kids. Providers will share best practices, policies and protocols to ensure patients receive the best pediatric care across Indiana. The expansion will only strengthen the relationship, officials said. 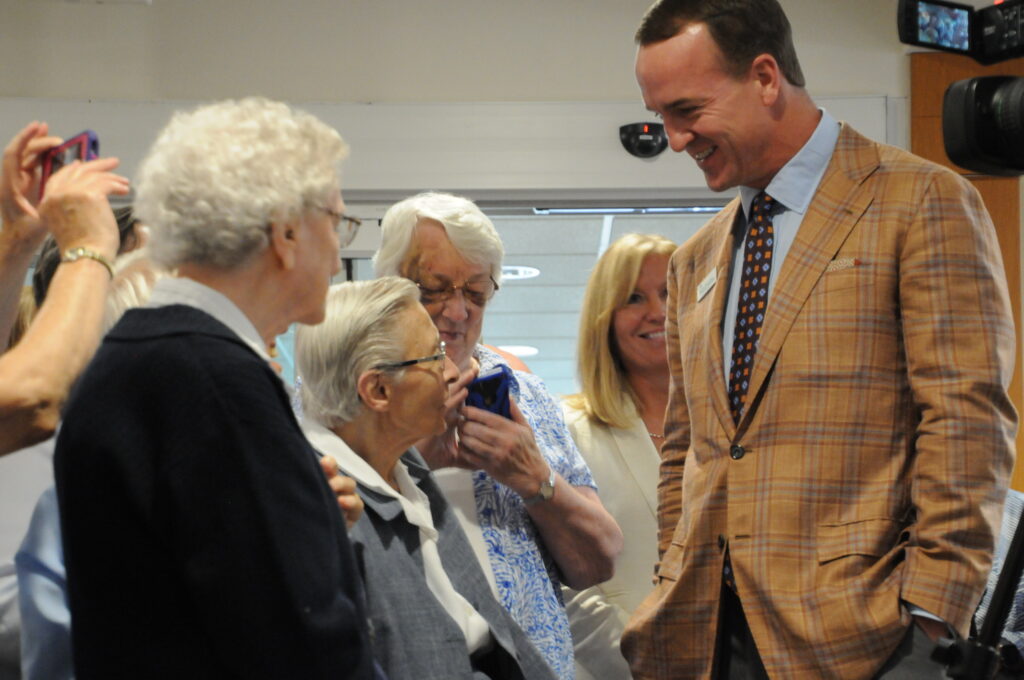 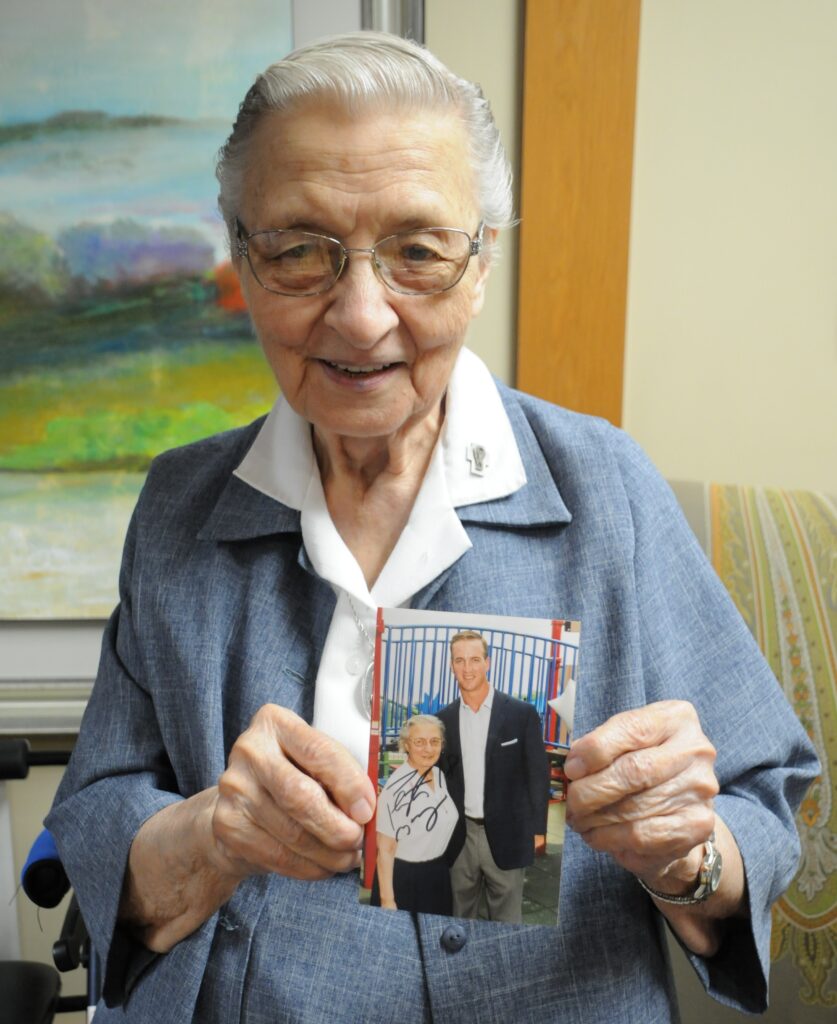 Daughter of Charity Sister Mary John Tintea holds an old photograph of herself with Former NFL quarterback Peyton Manning, which he autographed after the press conference. 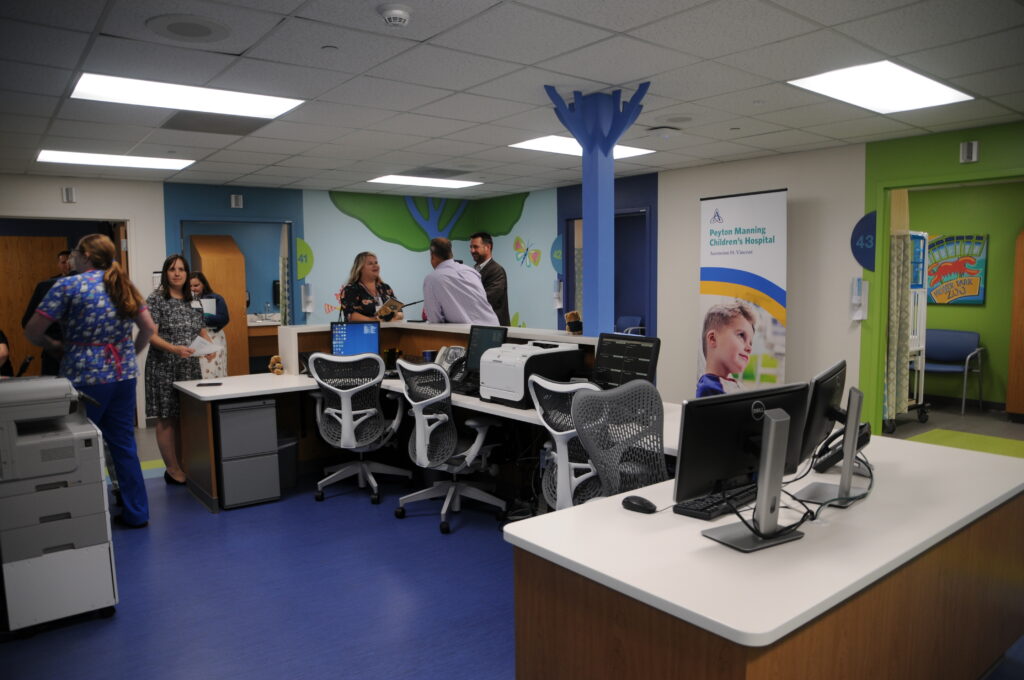 The nurse station of the new Peyton Manning Children’s Hospital Emergency Room for Children at St. Vincent Evansville, with doors to the seven private treatment rooms surrounding it. 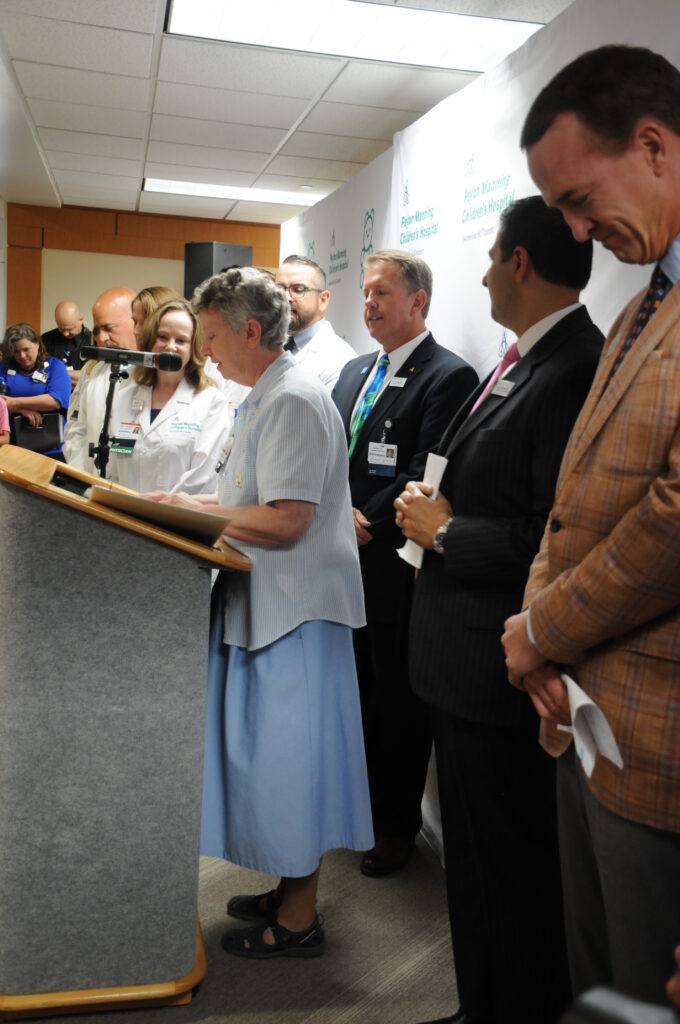 Franciscan Sister Jane McConnell, standing at podium, head of mission integration for St. Vincent Evansville, led the group in prayer on Aug. 14 before the news conference. 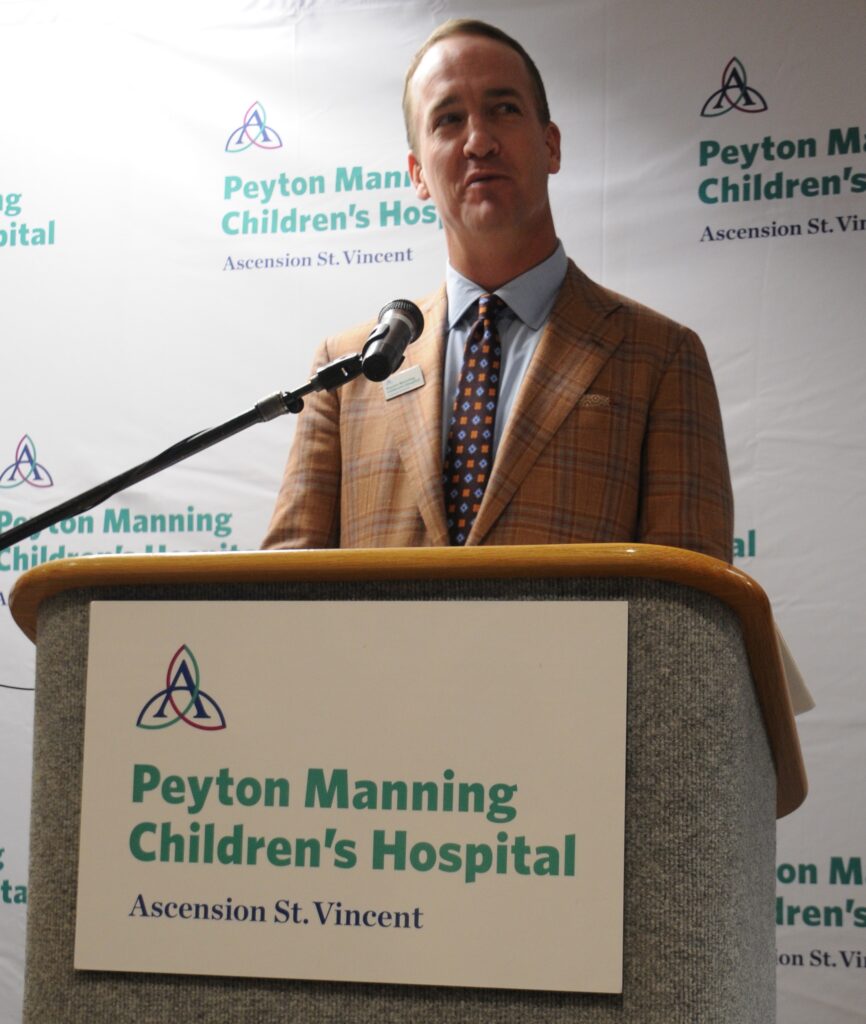 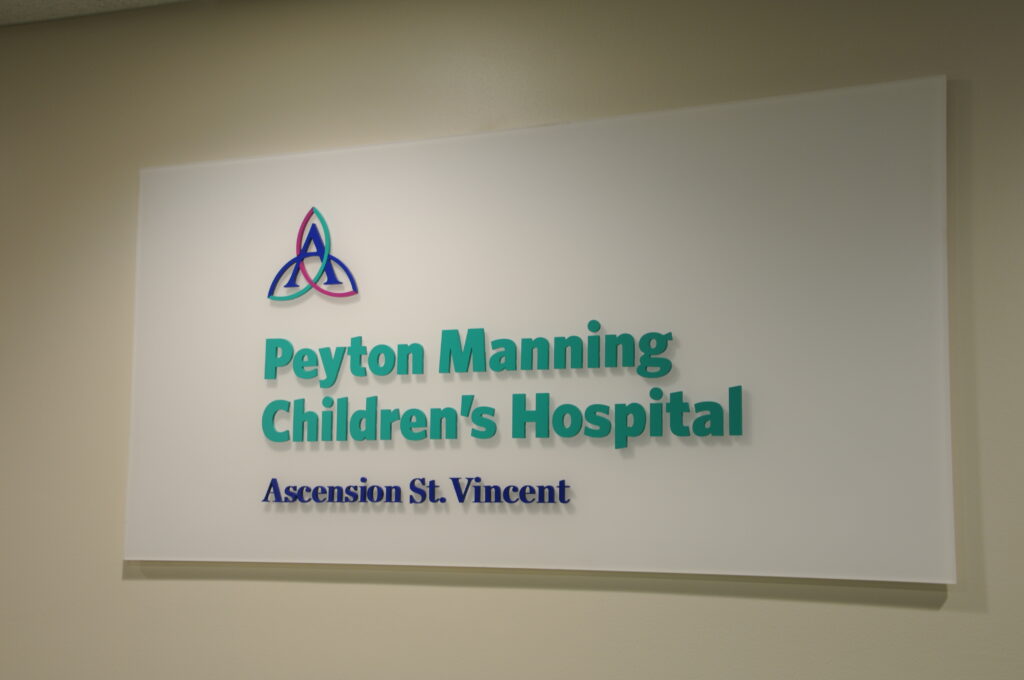 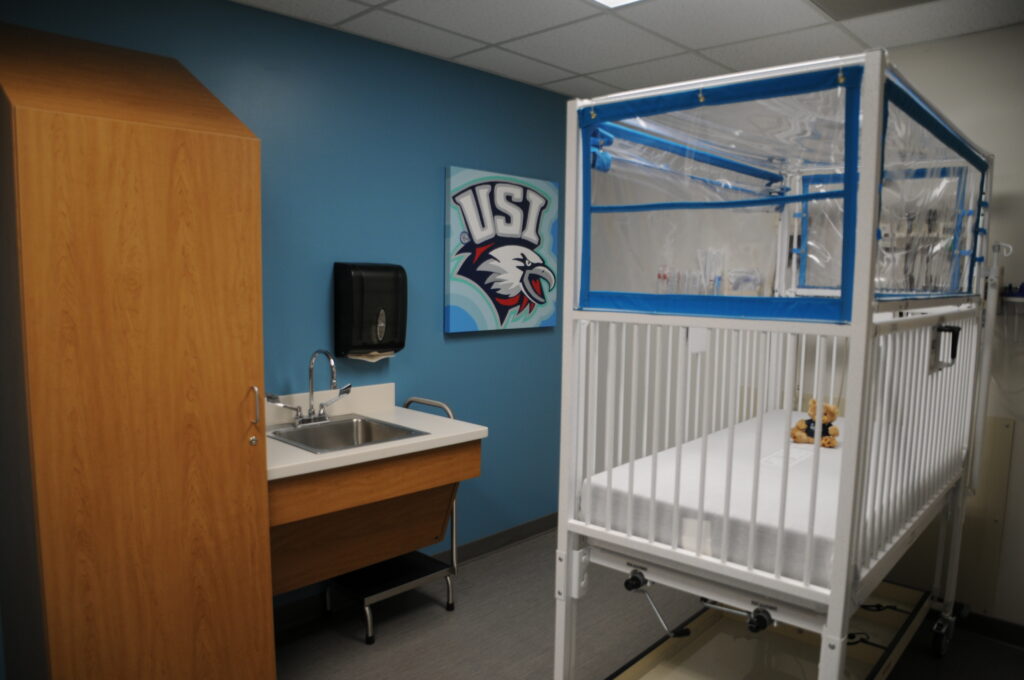 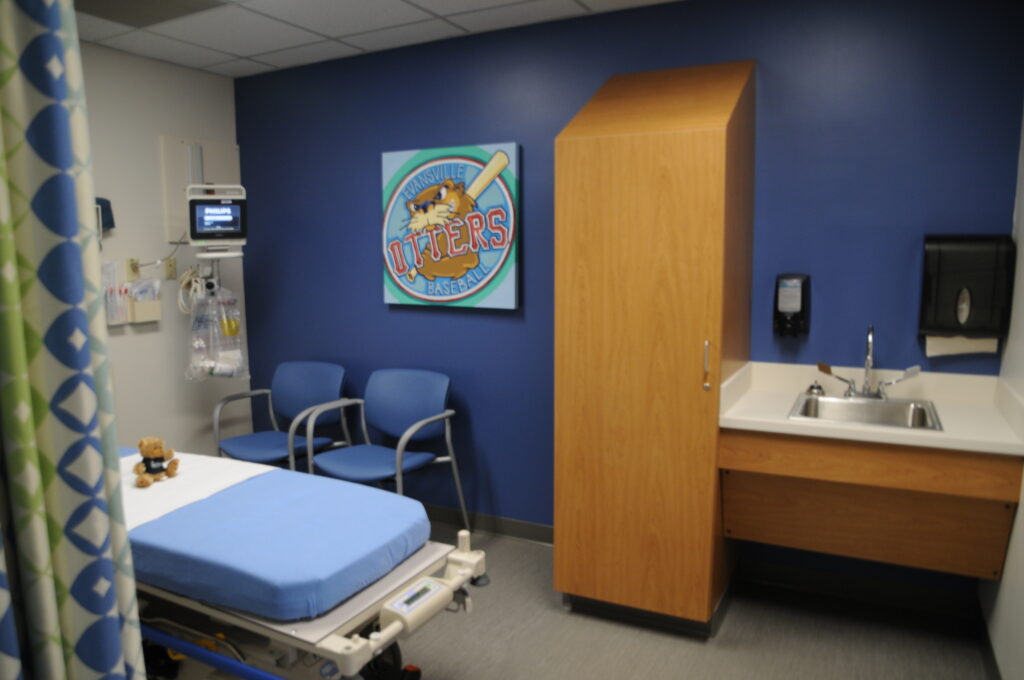 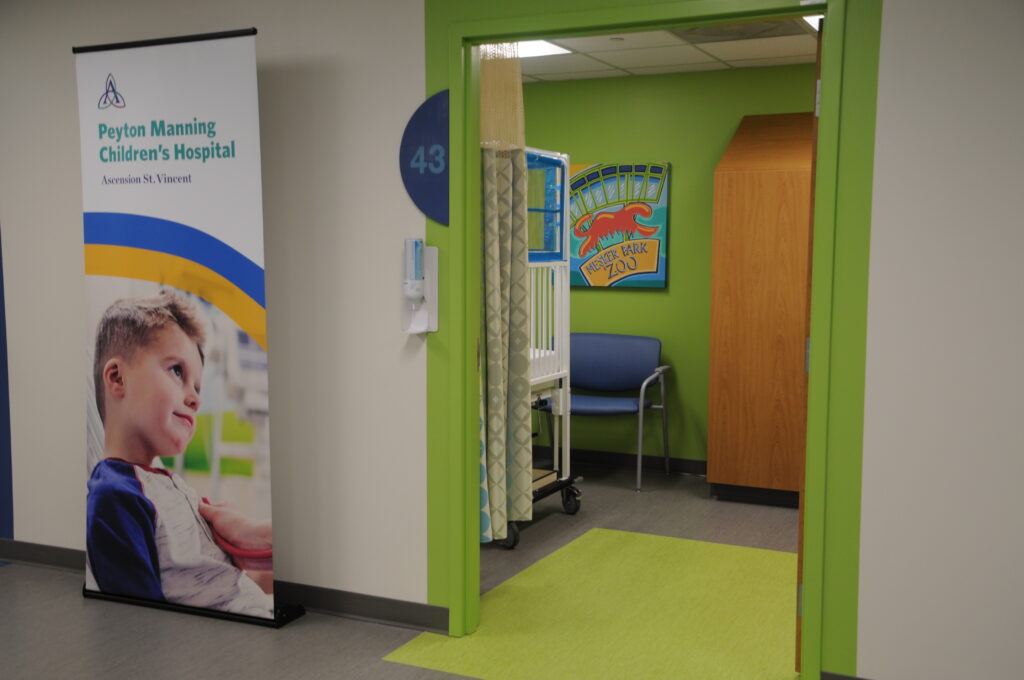 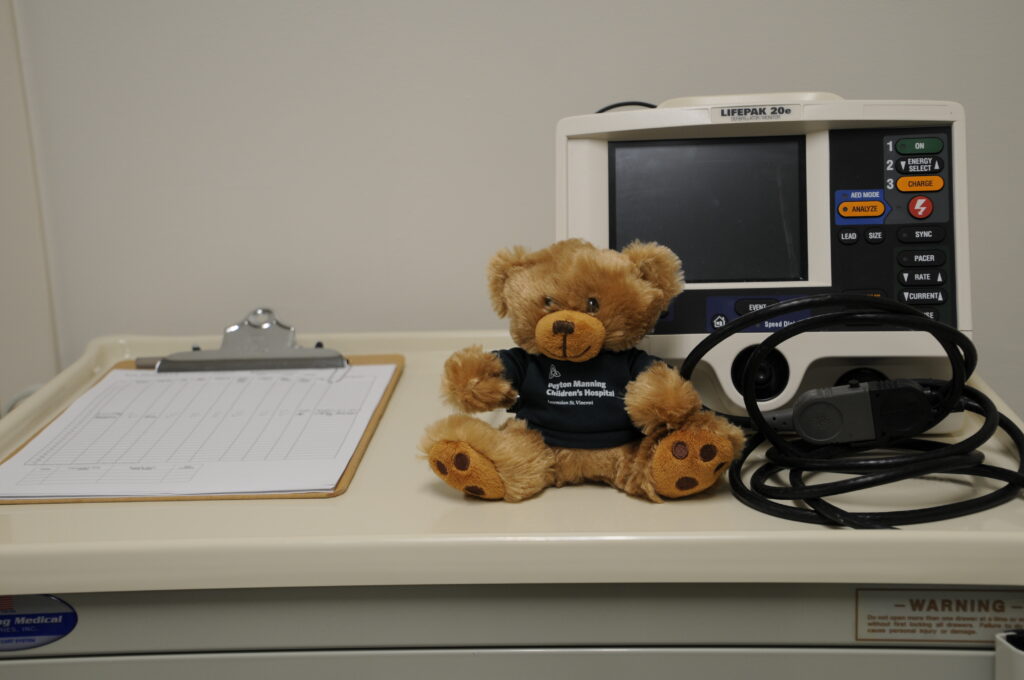