The dignity of the life of every human person, from conception to natural death, is the Church’s benchmark in her response to the command of Jesus Christ: love your neighbor as yourself. Respect for the dignity of all extends to all humans, including those who have committed crimes. After Vatican II, executions were not explicitly supported by the Church; although, in very rare circumstances, executions were seen as a societal option. 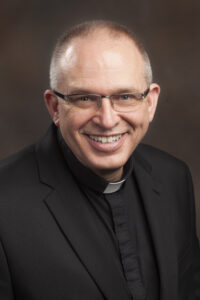 Prior to last year, the Catechism read:

“. . . the Church does not exclude recourse to the death penalty, if this is the only possible way of effectively defending human lives against the unjust aggressor . . . the cases in which the execution of the offender is an absolute necessity ‘are very rare, if not practically nonexistent.’”

Pope Francis made history on Aug. 2, 2018, by changing the Catechism of the Catholic Church to clarify her stance on the Death Penalty. Citing multiple reasons within the article, the Catechism now reads:

“. . . the Church teaches, in the light of the Gospel, that ‘the death penalty is inadmissible because it is an attack on the inviolability and dignity of the person,’ and she works with determination for its abolition worldwide.”

In the United States in 2018, there were 25 executions carried out in eight states. The last execution by the State of Indiana was Matthew Wrinkles in December 2009. Since 1963, only three people have been executed by the federal government of the United States, each at the U.S. Penitentiary in Terre Haute. The last federal execution was Louis Jones, Jr., in 2003.

On July 25, 2019, U.S. Attorney General William P. Barr announced federal executions would resume for the first time since 2003. Five men are to be executed in December and January at the federal penitentiary in Terre Haute; and according to Barr, additional executions will follow.

These men are convicted of heinous crimes, and we continue to pray for their victims, and the victims of all violent crimes and their families. At the same time, discounting these men’s worth and dignity as human beings and putting them to death is inconsistent with the mercy and forgiveness of Jesus’ teaching. Whatever your personal opinion about whether executions are deserved or warranted, it is clear Mother Church has deemed them inadmissible.

The Federal Penitentiary at Terre Haute is 25 miles from St. Mary and 29 miles from St. Joan of Arc. Having federal executions in our backyard pushed me to question whether I could or should write this reflection. Knowing Mother Church supports abolishing the death penalty around the world, Catholics must be pro-life across the board, from abortion, to euthanasia, to executions.

All life is sacred; the Ten Commandments forbid the killing of another; abolish the death penalty.