Rumors said a time capsule was buried somewhere within the recently demolished St. Mary Church in Ireland. In 2004, the 100-year anniversary of the old church being built, attempts at locating the time capsule were unsuccessful.

“They made a hole in the bricks and reached in, but couldn’t find anything,” said construction manager Pat Gress, a St. Mary parishioner who helped manage the new church project. “So they assumed there wasn’t anything, and they put the bricks back in.”

Everyone chalked it up to folklore, Gress said.

Fast-forward to 202. As Lechner Excavating tore down the old St. Mary Church, they were careful just in case they came across the rumored time capsule.

“‘We think we found it,’” St. Mary Pastor Father Joseph “Effie” Erbacher recalled the day the time capsule was discovered.

The small copper box was found buried inside the 1904 cornerstone on the northeastern end of the old St. Mary Church. Gress said a marble cap covered the cavity that held the time capsule.

“The masons thought the time capsule was above the stone in 2004, so they just took bricks out,” he said. “Come to find out, it was embedded into the stone. … I was really kind of surprised it was that tiny little thing. There was a brick in there lying beside it. There was room for something twice that size.”

Father Joe said everyone else was afraid to crack open the time capsule, but he wasn’t.

“I kept pecking around on it, at first with a pair of pliers and then a hammer,” he said. “So we saw where it cracked, got the top off and peeled it away.”

The time capsule’s contents included several coins, including four 1904 pennies; a Holy Card with a picture of Pope Pius X; a program from the first Mass when the 1904 church was dedicated; and a copy of an old newspaper from the week the church was dedicated called the Weekly Huntingburg Signal, which was all in German, with the exception of a few advertisements in English.

Now, there are plans for a 2020 time capsule to be buried inside the new church. Organizers are still discussing what to put inside, but ideas include contents from the 1904 capsule, as well as a 2020 St. Mary Parish pictorial directory; parish records; copies of the weekly 2020 church bulletins; four 2020 pennies; a 2020 commemorative silver coin; and other items that led to the new church and clearly state the year 2020.

Time capsules are important, Father Joe said, because they carry a tradition and help preserve history. When parishioners search for the 2020 time capsule, he hopes it will be preserved in a way people can find their grandparents or great-grandparents in photos and documents.

“Our church was dedicated in 2020, so if it lasts 100 years, it would be very interesting to see (the time capsule),” Father Joe said. “Also, more of it would be in English, so more people would be able to really read it and see what it’s all about.”

The No. 1 item Gress wished was in the 1904 time capsule was a layout of what’s underneath the old church. He already has that prepared for the 2020 time capsule so people in the future can look at the plans.

“I think it’s important to not only pass along what was going on in 2020 when we dedicated the church, but also to pass along information about the church so there’s some permanent place for that information,” he said.

The 2020 time capsule will be buried in an inside wall, Father Joe said, but he didn’t specify the exact location. It will be much larger than the 1904 time capsule, he explained, to allow the opportunity to include more items inside the moisture-free capsule.

As Lechner Excavating demolished the old church, they were careful to remove the three bells from the steeple. The new church was not designed to support the weight of the bells, which are 300, 700 and 850 pounds. The plan is to refurbish the three bells, Father Joe said, which will then hang from a future free-standing bell tower in the green space where the old church once stood. 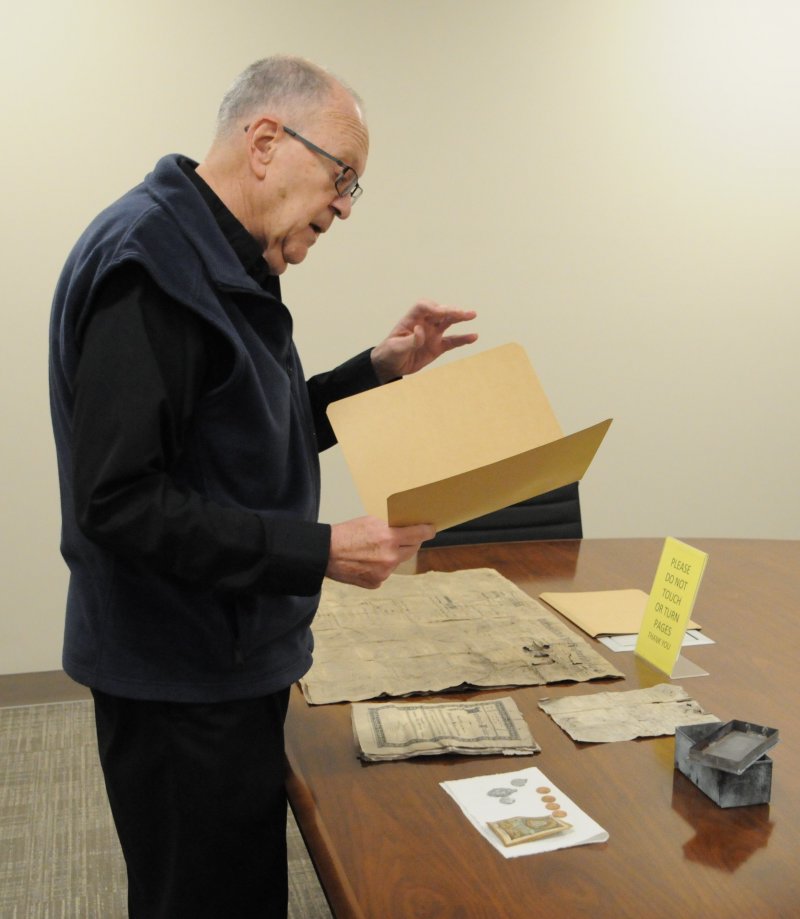 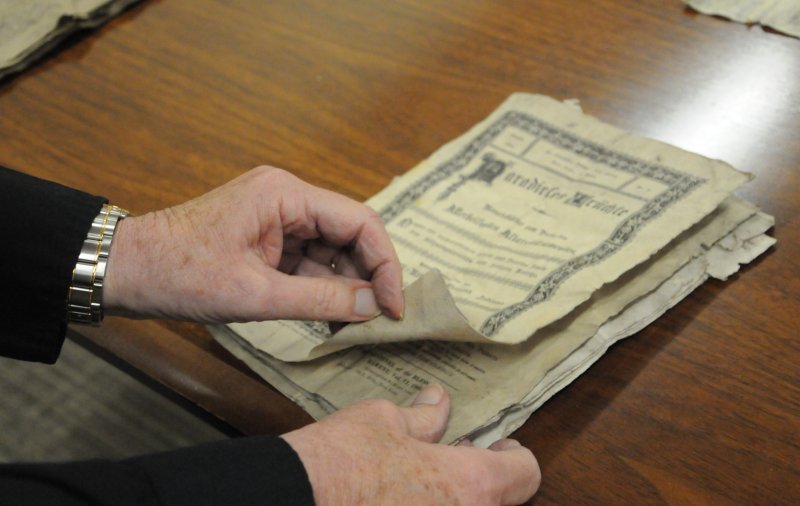