At the end of the 2020-2021 school year, two Diocese of Evansville Catholic schools will say goodbye to two of their leaders.

Gilbert has spent the last 13 years serving as St. Joe’s principal and technology teacher at the prekindergarten- through fifth-grade school.

Superintendent of Schools Dr. Daryl Hagan thanked both men for their dedicated service to the diocese and the respective schools they helped lead.

Features on Browning and Gilbert appear on pages 10 and 11 of this issue. 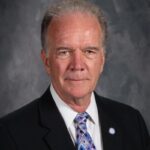 In retirement, Reitz Memorial’s Browning will miss people most 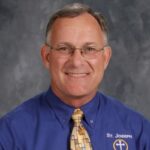