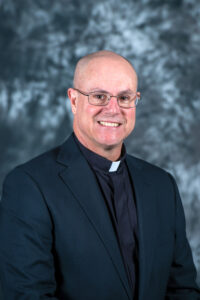 An allegation of inappropriate sexual conduct against Father Bernie, which was alleged to have occurred more than 20 years ago, was determined to be unfounded.

Bishop Siegel placed Father Bernie on administrative leave in March of this year after the allegation surfaced. The decision was announced to all parishes in the diocese and publicized extensively through a public announcement, posts to social media and the diocesan website, and publication in The Message, the official newspaper of the diocese. As part of the announcement, the public was encouraged to come forward with relevant information. No other allegations against Father Bernie were received.

Upon learning of the allegation, diocesan officials notified civil authorities and initiated an investigation. A private investigator interviewed 22 persons, including Father Bernie, and thoroughly reviewed all the evidence available. The investigator ultimately determined that the allegation was not credible.

The investigator’s report was presented to the Review Board, which is composed of Diocese of Evansville business and community leaders with expertise in psychology, law and child abuse. Review board members are selected for their demonstrated fairness and extensive experience in the fields mentioned above.

The Review Board voted unanimously that the allegation was unsubstantiated and recommended that Father Bernie be reinstated to public ministry. Bishop Siegel reviewed their recommendation and all the evidence, and determined that the allegation was unfounded. Following consultation with the Vatican’s Dicastery for the Doctrine of the Faith, the Bishop returned Father Bernie to public ministry.

The Diocese of Evansville takes any allegation of inappropriate sexual conduct seriously. The diocese prioritizes the protection of children and other vulnerable persons, and the provision of healing for victims. If you are a victim of sexual misconduct by a person ministering on behalf of the Church, or if you know of anyone who has been a victim of such misconduct, please contact law enforcement and the Diocesan Victim Assistance Coordinator at 812-490-9565 or toll-free at 866-200-3004.