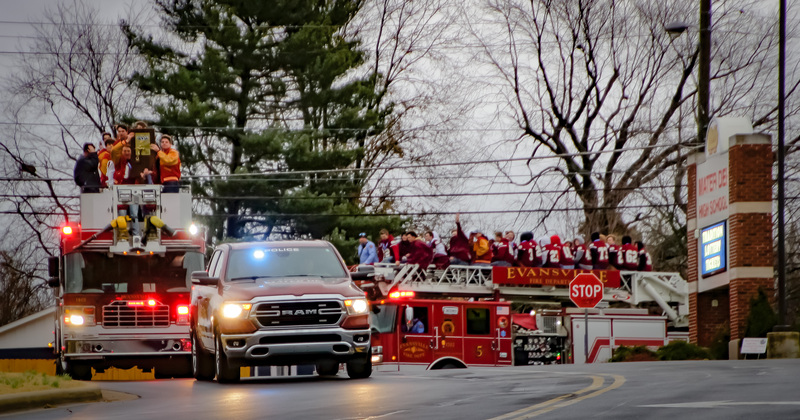 The Message photo by Tim Lilley

Members of Evansville’s Mater Dei High School football team ride atop two Evansville Fire Department ladder trucks as they deliver the Indiana Class 2A State Championship trophy to the school at the conclusion of a Nov. 27 parade through the city’s west side.  Mater Dei defeated Andrean High School of Merrillville, Indiana, 20-10, in the Nov. 25 Class 2A title game at Lucas Oil Stadium in Indianapolis. The Wildcats avenged a loss to Andrean in the 2021 Class 2A final. In doing so, Mater Dei claimed its first state title since 2000. The Wildcats finished the season 12-3. Congratulations to all!