During his June 9 Mass of Thanksgiving for 50 years of priestly ministry in the Diocese of Evansville, Father Jim Koressel recalled a line from the 1997 Oscar-winning film “As Good As It Gets.” Rude, obsessive-compulsive author Melvin Udall (played by Jack Nicholson) tells waitress Carol Connelly (played by Helen Hunt), “You have made me want to be a better man.”

To people from across the diocese who attended the Mass at St. Peter Parish in Montgomery, Father Koressel said, “You have made me want to be a better priest, and I thank you.”

A son of St. Joseph Parish in downtown Evansville, Father Koressel became a priest of the Diocese of Evansville on May 17, 1969. He will retire from pastoral ministry later this month.

Bishop Joseph M. Siegel, 17 priests of the Diocese of Evansville and two priests from the Archdiocese of Indianapolis attended the Mass and participated — including Father Koressel’s classmate at St. Meinrad Seminary and School of Theology, Father Ray Brenner. Father Brenner, also ordained on May 17, 1969, retires from pastoral ministry later this month. He currently serves as pastor of St. Joseph Parish in Jasper and Dean of the Diocese of Evansville’s East Deanery.

Members of Knights of Columbus 4th Degree Assemblies 255 in Washington and 1813 in Loogootee served as Color Guard for the Mass.

“The most important thing we do occurs right here (in the church) at Mass every week, and I have put all of my energy into it,” Father Koressel said during his homily. “That’s where we form ourselves, celebrate who we are and load up on ammo for the next week. I hope I have lived up to that.”

Father Koressel thanked Bishop Siegel and his brother priests for attending, and he talked about Father Brenner and two other St. Meinrad classmates — Father David Nunning, retired priest of the diocese who was unable to attend the Mass, and the late Father Richard Voight.

He also talked about the parishes he served during his ministry — he served parishes in all four diocesan deaneries — and what he learned along the way. “All of you helped make me the priest I am today,” he said. He also noted that he has served roughly half of his ministry in Daviess County parishes. “I came here (to Montgomery) as a stranger,” he said. “You took me in and made me a part of your family, and I truly appreciate your hospitality.”

Over the weekend of June 1-2, St. Peter Parish presented Father Koressel with an engraved bench, installed near the main entrance of St. Peter Church, in honor of his service to the parish.

Following the Mass, more than 500 people attended a dinner for Father Koressel, hosted by the parish, at the Simon J. Graber Community Center in Odon, Indiana. Knights of Columbus Council 630 presented him with a plaque containing a clock in gratitude for his 50 years of priestly ministry. 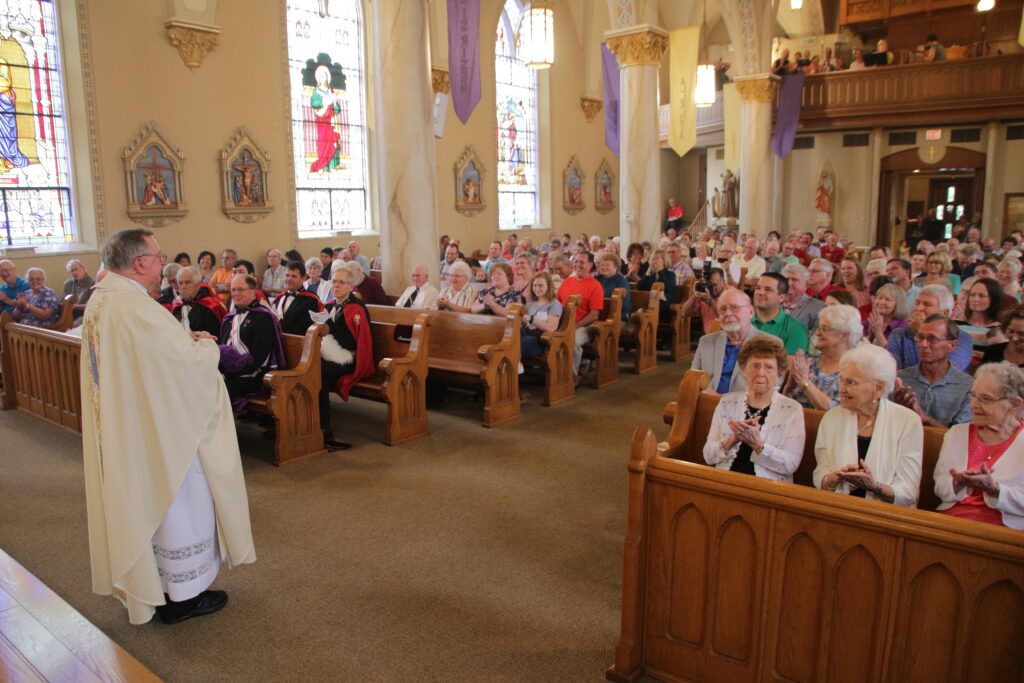 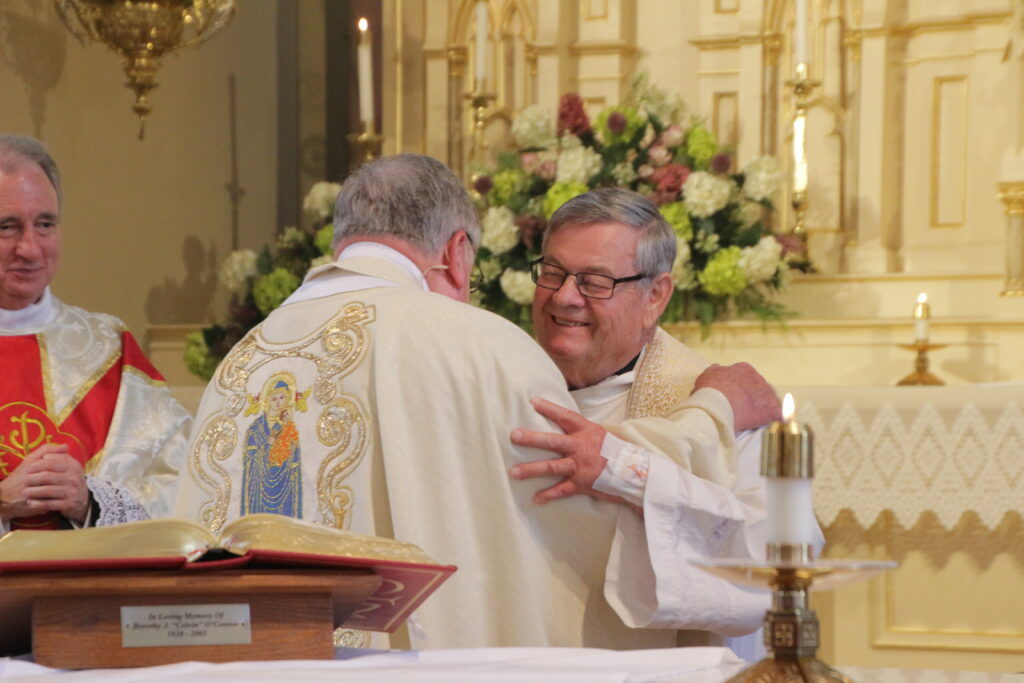 Father Koressel, left, shares the sign of peace with his classmate, Father Ray Brenner. Father Brenner, who also retires from pastoral ministry this month, is pastor of St. Joseph Parish in Jasper and Dean of the Diocese of Evansville East Deanery. 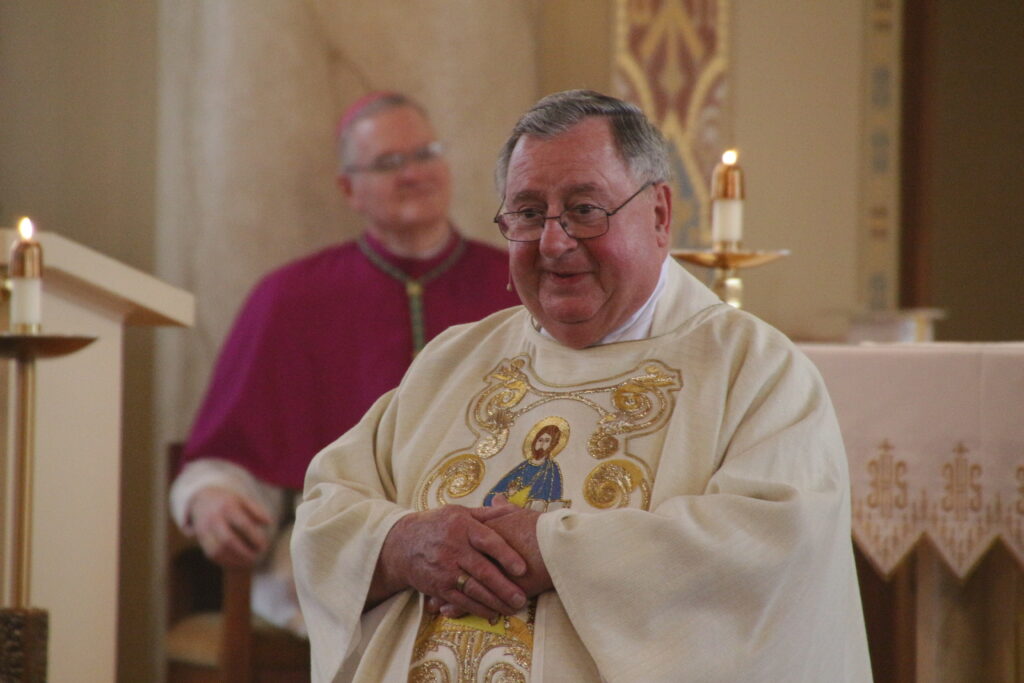 Bishop Joseph M. Siegel, back, smiles as Father Koressel talks about his years of service to several parishes across the Diocese of Evansville.