The Indiana Catholic Conference is among the strongest voices in a chorus of support for legislation that would cap the exorbitant interest rates charged by the payday-lending industry.

If the effort is successful, the Hoosier state would join half the nation in placing limits on the payday-lending institutions that currently charge consumers an annual percentage rate of up to nearly 400 percent on the short-term loans that they offer. Senate Bill 253 and House Bill 1159 would restrict the APR on payday loans, also known as cash advances, to no more than 36 percent.

At a recent press conference introducing the bipartisan, bicameral legislation, lawmakers and allies alike said it is past time for Indiana to take a stand against predatory lending. 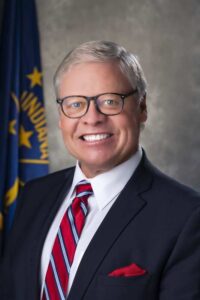 “With a 36 percent APR versus current Indiana law, borrowers could have saved $60 million per year, putting more money into the local economy and communities that typically lack resources but allow payday lending to thrive,” said Sen. Ron Alting (R-Lafayette), the author of Senate Bill 253. “We know that when borrowers take out a payday loan, they reborrow frequently, creating a cycle that they struggle to leave.”

Payday lenders are allowed direct access to a borrower’s checking account as security for a loan, and they know the date that a borrower will be paid. A person living paycheck to paycheck or relying on Social Security or disability payments can quickly become entrapped in an endless cycle of debt, lawmakers and advocates say.

“I will be asking my colleagues to make sure (this legislation) gets a hearing and full consideration this session so we can stop this debt trap in Indiana once and for all,” Alting said. 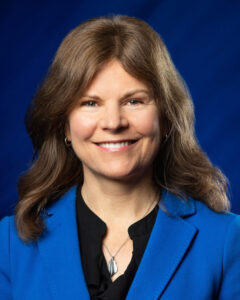 Rep. Carey Hamilton (D-Indianapolis), author of House Bill 1159, also spoke out against what she characterized as the “shameless practices” of the payday-lending industry.

“We have an obligation to protect vulnerable Hoosiers from this industry, which hurts every single person it comes across and only benefits its mostly out-of-state owners,” Hamilton said. “This industry strategically targets veterans and seniors, minority communities and low-income working families.”

The lawmakers highlighted their proposed legislation at a Jan. 11 press conference sponsored by Hoosiers for Responsible Lending, a coalition of veterans’ organizations, social-service agencies, consumer-advocacy groups and faith-based communities, including the Catholic Church.

Speaking on behalf of the five Catholic bishops of Indiana, ICC leader Angela Espada called predatory-lending tactics “evil and exploitative,” and amounting to usury – which, she noted, is condemned by the Catholic Church and all major religions.

“You don’t have to be Catholic to know that predatory lending is wrong,” said Espada, executive director of the ICC, the public policy voice of the Catholic Church in Indiana. “We should respect the dignity of all people. Put another way, we should love our neighbors; and if we love our neighbors, we don’t take advantage of them or exploit them.”

Espada cited remarks made by Pope Francis in 2014, when he called usury – the lending of money with an exorbitant rate of interest – “a dramatic social ill” and a “scourge on our society.” She added that, in 2015, the United States Conference of Catholic Bishops joined with other Christian denominations to form Faith for Just Lending, which calls for limits on predatory lending nationwide.

Legislative efforts to restrict the payday-lending industry in Indiana have hit roadblocks in recent years. Advocates are hopeful that 2022 will be different, with companion bills in the House and the Senate championed by lawmakers representing the two major parties.

“We have more momentum (this year) because of this bicameral and bipartisan effort,” said Andy Nielsen, senior policy analyst for the Indiana Community Action Poverty Institute, formerly the Indiana Institute for Working Families. “Both chambers have interest in this issue, and it isn’t divided over political ideology. Moreover, this is also a popular issue with Hoosier voters.”

Nielsen, whose organization is part of the Hoosiers for Responsible Lending coalition, cited data indicating that 88 percent of Indiana voters approve a rate cap on payday loans.

“Now is the time for the General Assembly to take action on these bills,” Nielsen said.

Senate Bill 253 and House Bill 1159 have been assigned to committees, but hearings are not yet scheduled. Espada called on the Catholic faithful to learn more about the proposed legislation and to make their voices heard with their lawmakers.

“We need your help to stop this scourge in Indiana,” Espada said.

To follow this and other priority legislation of the ICC, visit www.indianacc.org. This website includes access to I-CAN, the Indiana Catholic Action Network, which offers the Church’s position on key issues. Those who sign up for I-CAN receive alerts on legislation moving forward and ways to contact their elected representatives.