By Tim Lilley
The Message editor

Indiana Catholic Conference Executive Director Glenn Tebbe summarized the current political climate in Indiana – and elsewhere – during his keynote at the Diocese of Evansville’s 2019 Respect Life Celebration on Oct 17.

“The Church asks for engagement based on a well-formed conscience,” Tebbe said, adding that the challenges the Church faces today are not new; and they will not stop it from doing its work and fulfilling its mission.

Tebbe told the audience at Evansville’s Good Shepherd Parish that the ICC bases its efforts on the concept of protection. “The Church has been involved in protecting the common good and protecting the person since it began,” he said. Pro-life issues have been among the core issues the ICC has focused on since its beginning in October 1966. Tebbe noted that the ICC called for abolition of the death penalty in the Hoosier State more than 45 years ago, in 1972. Working toward an end to abortion also has been a key element of the group’s work.

He noted that Catholics have had a significant presence in the Indiana legislature consistently over the past 20 years. He noted, however, that many of them revert to party lines when it comes to voting on legislation. “There are several who do see the teaching of the Church as critical to their perspective,” he added.

Tebbe noted that, while the ICC has a daily presence in the statehouse during the annual legislative session, its work needs our support. “The constituents of those state representatives and senators get the most attention,” he said. “So it’s important that you back (the ICC) up.”

He explained that the ICC works for the five Indiana bishops and the faithful they lead. “Serving the bishops also means that we must communicate with Catholics across the state on the ICC and its role,” he added. Tebbe mentioned the Indiana Catholic Action Network, which provides regular updates throughout each legislative session with calls to action as appropriate. Visit www.indianacc.org for more information and to sign up to receive regular ICAN updates.

Bishop Siegel began his homily by recalling that St. Mother Theresa once said the poverty of the West is far worse than the poverty in the East that she faced daily. “She said the West suffers from a spiritual poverty founded in a lack of respect for life,” the bishop said, “and it is characterized (today) by abortion, assisted suicide and violence in our streets.”

He emphasized that the Church has always promoted and worked to protect the dignity of every human life from conception to natural death. He said it was good to come together as the Church of Evansville to acknowledge and pray for the dignity of all life.

He added, “As your bishop, I thank you for all you do, great and small, in support of life.” Bishop Siegel concluded by entrusting the cause of life in the Evansville Diocese to Mary, mother of God, especially Our Lady of Guadalupe.

“Thank you all for standing for human life,” he said. “None of us do that for any fanfare. We do it because it’s the right thing to do.” 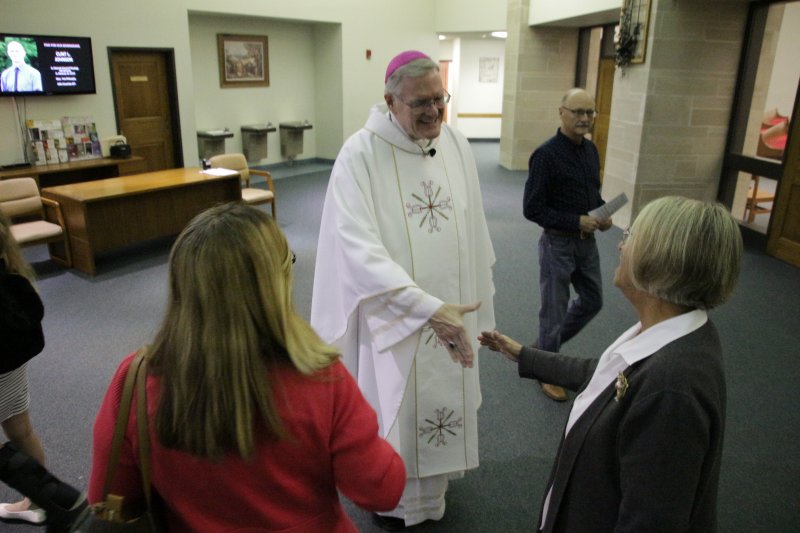 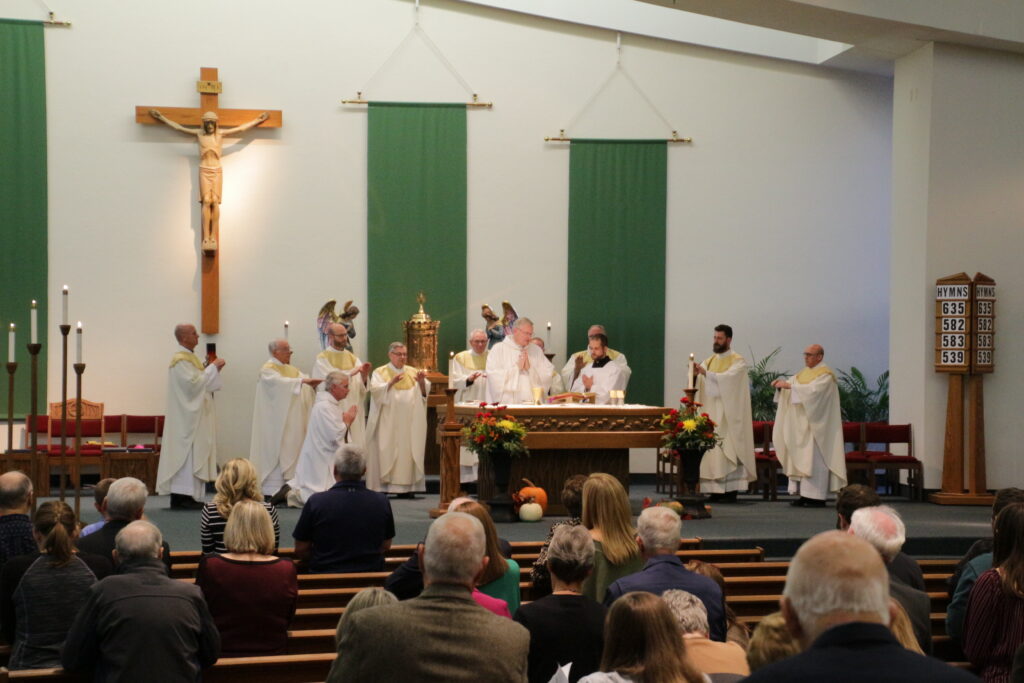