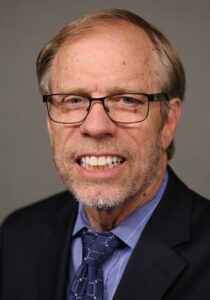 He chronicles the debased language of abortion supporters – calling an unborn baby's heartbeat a "cardiac pole vibration," for example – and describes our consumerist society as a "throwaway culture" that devalues life – whether a baby's, a refugee's, a disabled person's or a dementia patient's.

But where others may see only cause for despair, Camosy understands the current moment of #MeToo and global climate change, political stalemate and ideological polarization as symptoms of a potential ethical and social realignment. And he sees Pope Francis as leading the way.

Quoting a leader of a Catholic renewal movement, Camosy said, "If you don't think Pope Francis is the cure, you don't grasp the disease."

As a moral theologian at Fordham University, Camosy has been in the forefront of bioethical discussions about abortion and other life issues. In his new book, "Resisting Throwaway Culture: How a Consistent Life Ethic Can Unite a Fractured People," Camosy argues that the church is uniquely positioned to challenge a culture that has lost its moral bearings.

"I want to argue," he said recently, "that consistently resisting throwaway culture – beyond being the requirement of faith and reason – is the key to winning converts to the pro-life movement."

St. John Paul links "the Gospel of Life" to issues like treatment of the poor, human trafficking, war and violence of all kinds.

Pope Francis has described our "throwaway culture" as both morally and environmentally devastating, the product of a consumerism that treats human beings and nature as objects to profit from and discard.

Camosy knows that the pro-life movement has never been the one-dimensional, single-issue caricature its opponents and the media often portray it as.

Camosy sees a political realignment in the works, and an opportunity to harness the passion and energy of younger generations who are rejecting current political parties.

In our hyper-politicized national environment, Camosy's prescription for what to do next may surprise you.

Speaking recently at the Catholic Information Center in Washington, he advocated "a strategic retreat from national politics," at least temporarily, so that we can "focus more on living out and strengthening a culture of encounter in our own lives and local communities."

He suggested that we not only engage with those who are suffering on the local level, but that we also pray, go to confession and adore the Eucharist: "Be still in the certainty that God is doing something new in us."

Erlandson is director and editor-in-chief of Catholic News Service.