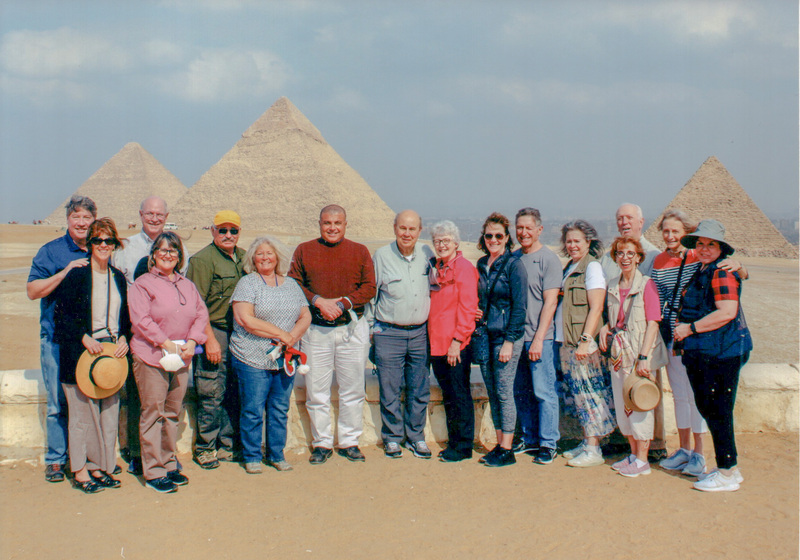 This group completed its March 7-17 visit to Egypt, which was scheduled and was to be led by the late Father Joe Ziliak. Sabine Wathen, who provided this photo to The Message, said the group remembered Father Joe throughout the visit. Father Richard Cavellier, a senior priest of the Archdiocese of Detroit, was with the group and celebrated Mass, remembering Father Joe in prayer. Shown in the photo are Vernon and Jeanne Goedde, left, Jim and Sabine Wathen, Gary and Sherry Stute, the group’s tour guide Osman, Alan and Leona Keller, Scott and Janet Baas, Barbara Zellerino, Father Richard, Janice Lloyd, Linda Keck and Donna Lawler.