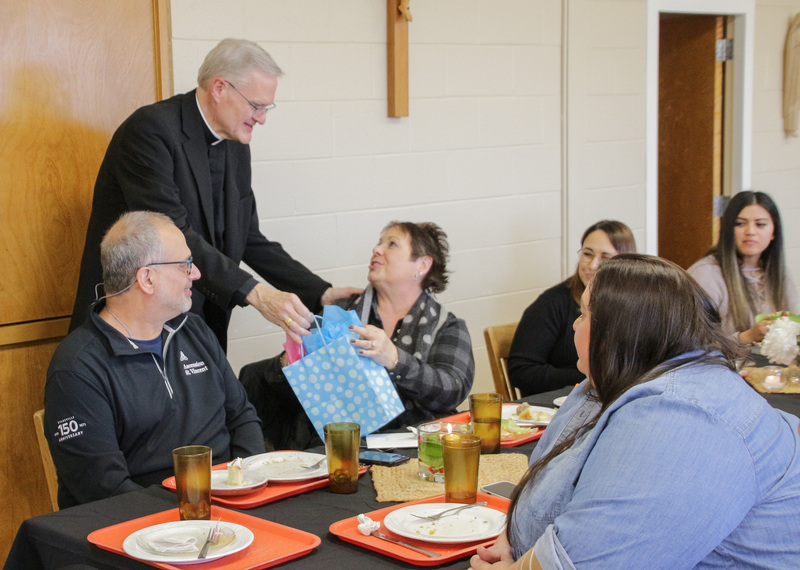 The Message photo by Tim Lilley

Bishop Joseph M. Siegel, standing at left, presents a gift to Mary Kaye Falcony, assistant director of the Office of Catechesis, who is retiring soon after 32 years of service to the Church in the Diocese of Evansville, including the past eight years in her role with the Office of Catechesis. Also shown in the photo is Mary Kaye’s husband, Joe, seated at left, and daughter Lynn, in the foreground at right. Bishop Siegel celebrated Mass Dec. 1 in the chapel of Sarto Retreat House on the Catholic Center campus in Evansville, and Mass was followed by a lunch for Mary Kaye, and Chris and Janet Hoehn, who also are retiring. Chris served 36 years as director of the Newman Ministry at the University of Southern Indiana; Janet, her sister, has served in a support role for the USI Newman Ministry for the past 18 years. Chris and Janet were unable to attend due to illness, but will be recognized in person at a later date. Thanks to Mary Kaye, Christ and Janet for your service to the diocese. Prayerful best wishes!