Although Scouts USA does not recognize family “troops,” a case could be made for such a group involving the Payne family of Evansville. During a May 8 ceremony at the Diocese of Evansville Catholic Center, Nicole Payne joined four of her brothers – Andrew, Daniel, John and Patrick – as Eagle Scouts from Troop 318 at St. Benedict Cathedral in Evansville. The Paynes are members of St. Benedict Cathedral Parish and active in many parish activities.

Andrew, Daniel, John and Patrick were part of Nicole’s Eagle Scout ceremony, as were her youngest brothers, Christopher and Matthew, who are active in scouting. They are the children John and Kim Payne.

For her Eagle Scout project, Nicole received permission from Bishop Joseph M. Siegel to build a replica of the Lourdes Grotto at the Diocese of Evansville Catholic Center to honor Our Lady of Lourdes and St. Bernadette Soubirous. During her Eagle Scout ceremony, Nicole thanked Bishop Siegel and the diocese for all the support she received, and she presented the bishop with a 3D-printed model of the shrine, which faces west and is placed on the east side of the Catholic Center property.

Nicole also thanked a number of companies and volunteers who donated materials and time to assist in the design and construction of the shrine, which includes solar-powered lighting.

Bishop Siegel offered the opening prayer for Nicole’s Eagle Scout ceremony, and he blessed the shrine at the conclusion of the event. 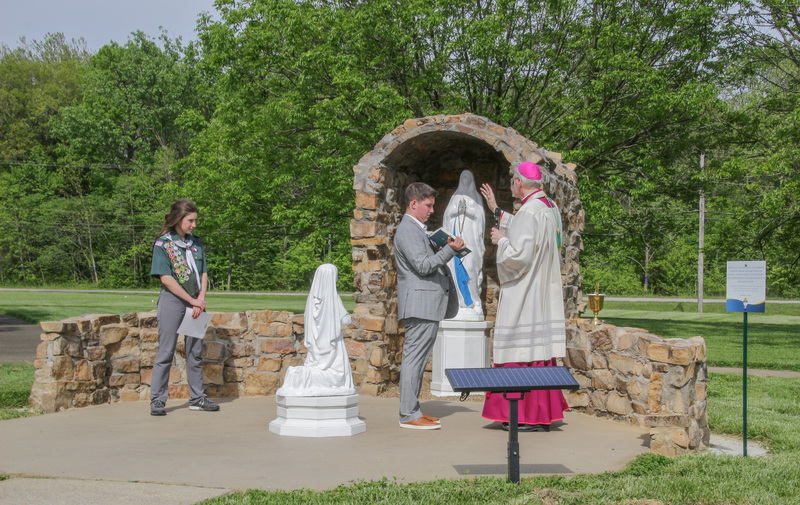 Bishop Joseph M. Siegel blesses the shine to Our Lady of Lourdes and St. Bernadette Soubirous at the conclusion of the May 8 Eagle Scout ceremony for Nicole Payne, left. Her brother and fellow Eagle Scout, Daniel, holds the book of prayers. The Message photo by Tim Lilley 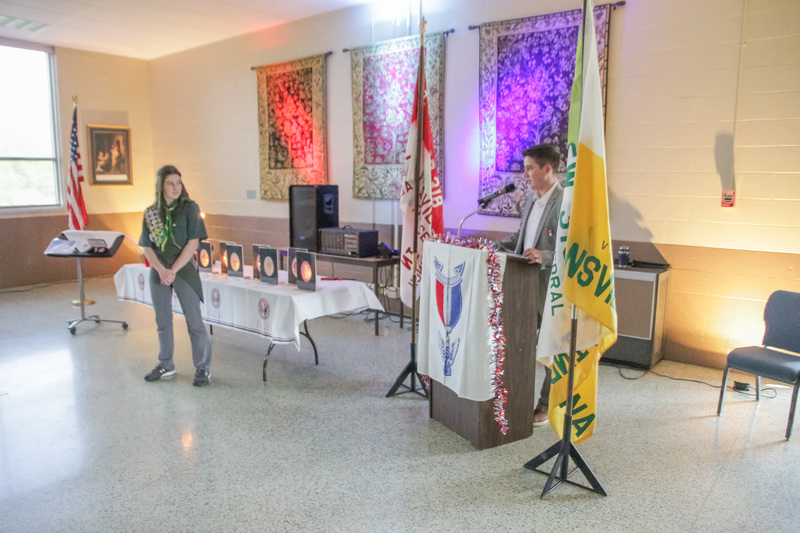 Daniel Payne, right, speaks to his sister Nicole about her achievement as a new Eagle Scout. For his Eagle Scout project, Daniel restored the nine-foot crucifix over the altar of St. Benedict Cathedral in Evansville and the six-foot statue of Jesus that stands atop the cathedral’s Baldacchino. He also built nine shadow boxes that were installed in the cathedral during its 2019 renovation. The Message photo by Tim Lilley